A graphically beautiful world of Teyvat, many characters to love, stories and lores to get immersed into, and emergency food by your side – your adventures will definitely cause a fun kind of stir!

You are the Traveller who has voyage through various worlds but was stopped by an unknown deity, only for your powers to be stripped off and your twin is taken away. You are thrown into the world of Teyvat in search of your long-lost sibling and making allies as you get stronger with newfound elemental powers. With Paimon by your side, your journey takes you to many discoveries to name, tales to tell, and friendships to bond with.

Here is why you should play Genshin Impact:

It Is Free To Play! 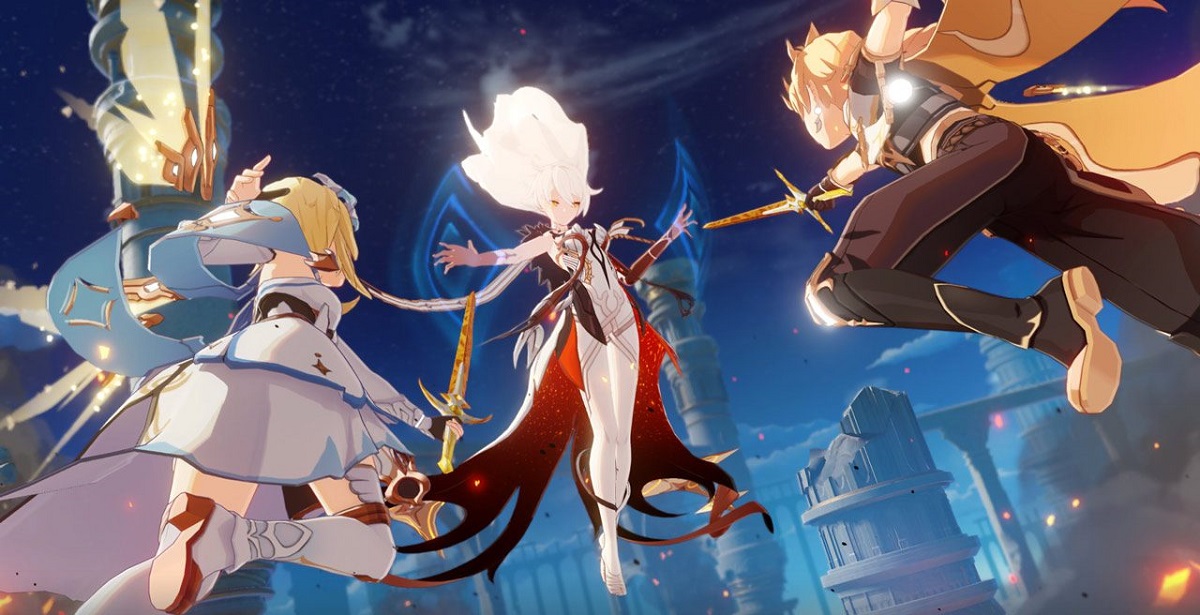 Search the title upon any platform and you will see no purchase need to be made at all! Everyone loves free stuff, and Genshin Impact is your best bet to download and play right away during your quarantine period in your home to pass the time besides shopping and taking leisurely walks around the area. With many servers to choose from which makes it easier if you have your Windows VPS Hosting, you can play with your circle (You can only unlock the co-op mode once you reach Adventure Rank 16) and do challenges, domains, world quests and even taking pictures together for memories! There are also events on every new patch relating to the main story which is more exciting to play online with, or you can go solo – whichever comfortable for you.

When water meets current, it will create electric shock; water with frost, you will freeze; fire with ice can cause melt, wind with the current? Say hello to electrical tornadoes to sweep the enemies’ feet off the ground.

The elemental reactions in Genshin Impact are what makes the game so unique; it applies real-life reactions of the element to create extreme damage on the enemies. Moreover, character-switching combat is another battle system where you can switch characters with different elements to create these effects for a great deal of damage.

As an example, let’s say you have Diluc (Pyro) and Beidou (Electro) at your party. Use Beidou’s electric skill to the enemies and switch to Diluc immediately for his fire attack to produce Superconduct damage. It is self-explanatory what will happen when fire meets electricity in real life.

Deep Lores And Backstories To Dive Into

Although it is free to play, Mihoyo (developer of Genshin Impact) is well-known for its ways of storytelling which can tug the players’ hearts, especially angst, since their first game Honkai Impact. Genshin has them all: the lore of Khaenri’ah where  “the hidden corners where the gods’ gaze does not fall”, backstories of unusual characters like Kaeya, Albedo, and Dainsleif who are shrouded with mystery, the tragic tale of the Archon War, and many more plots to delve into. Unless you play for the damage competition among your friends, Genshin’s lore is something that can make you drawn more into the game and makes you anticipating more of what will happen, when it will happen, and how it will unfold for the plot to fall. 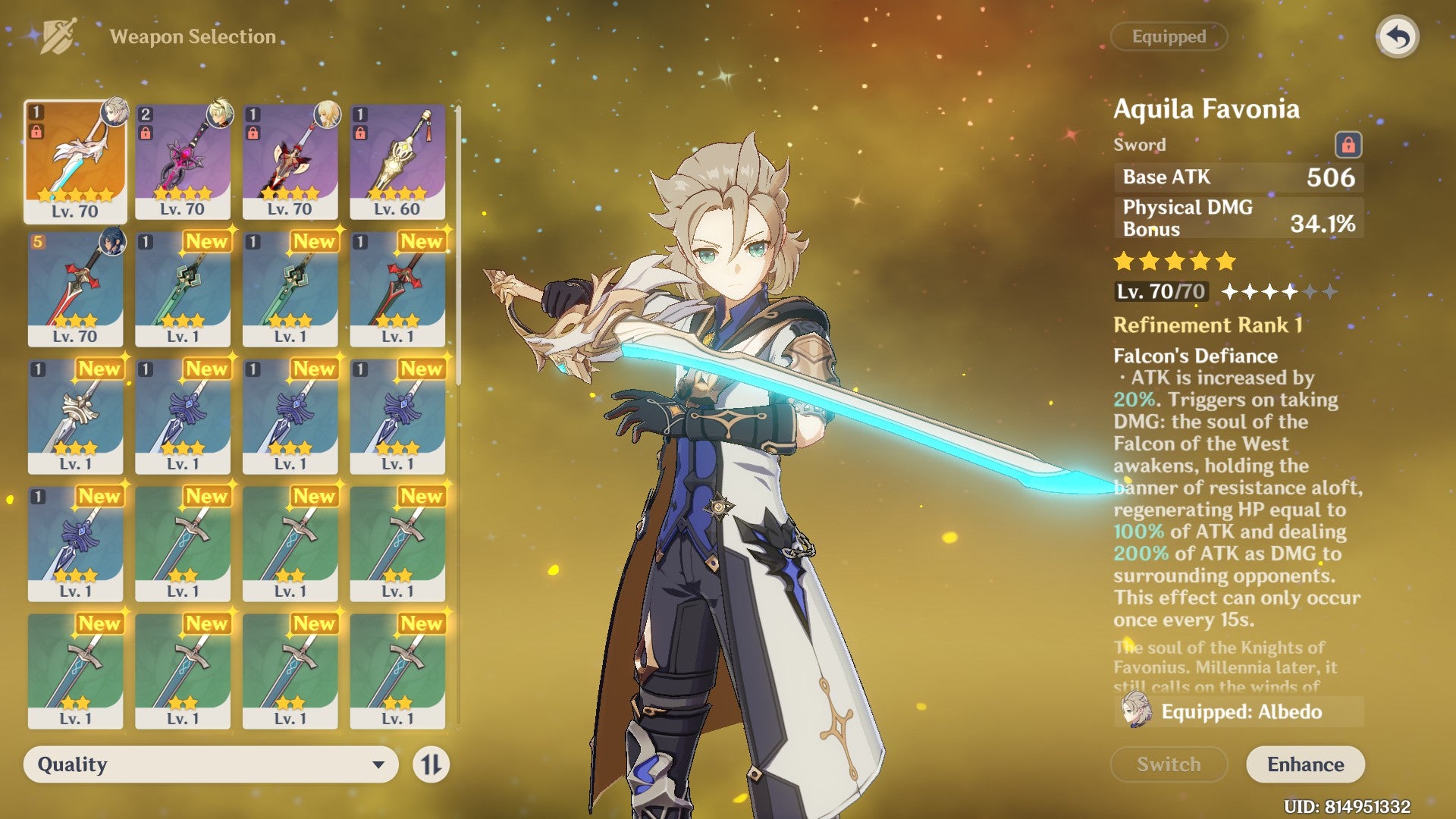 Genshin Impact’s favorite way to make players feel stressed and work out their effort is their infamous RNG (random number generator). Also, the reverse psychology Genshin can implement as if reading the players to give the opposite of what they want. For instance, when your DPS character needs more Critical Damage in their artifacts, higher chances are, the RNG will give you any stats other than your goals. The most annoying part is the chances to get HP and DEF stats are 60% (unless you have Zhongli who needs HP or Albedo with DEF, then it should not be a problem for you). The concept of grinding is essential when it comes to playing Genshin – all you need is grit, patience, and commitment to farm for artifacts and materials to ascend your characters’ damage deals.

Husbandos And Waifus To Take A Liking Of 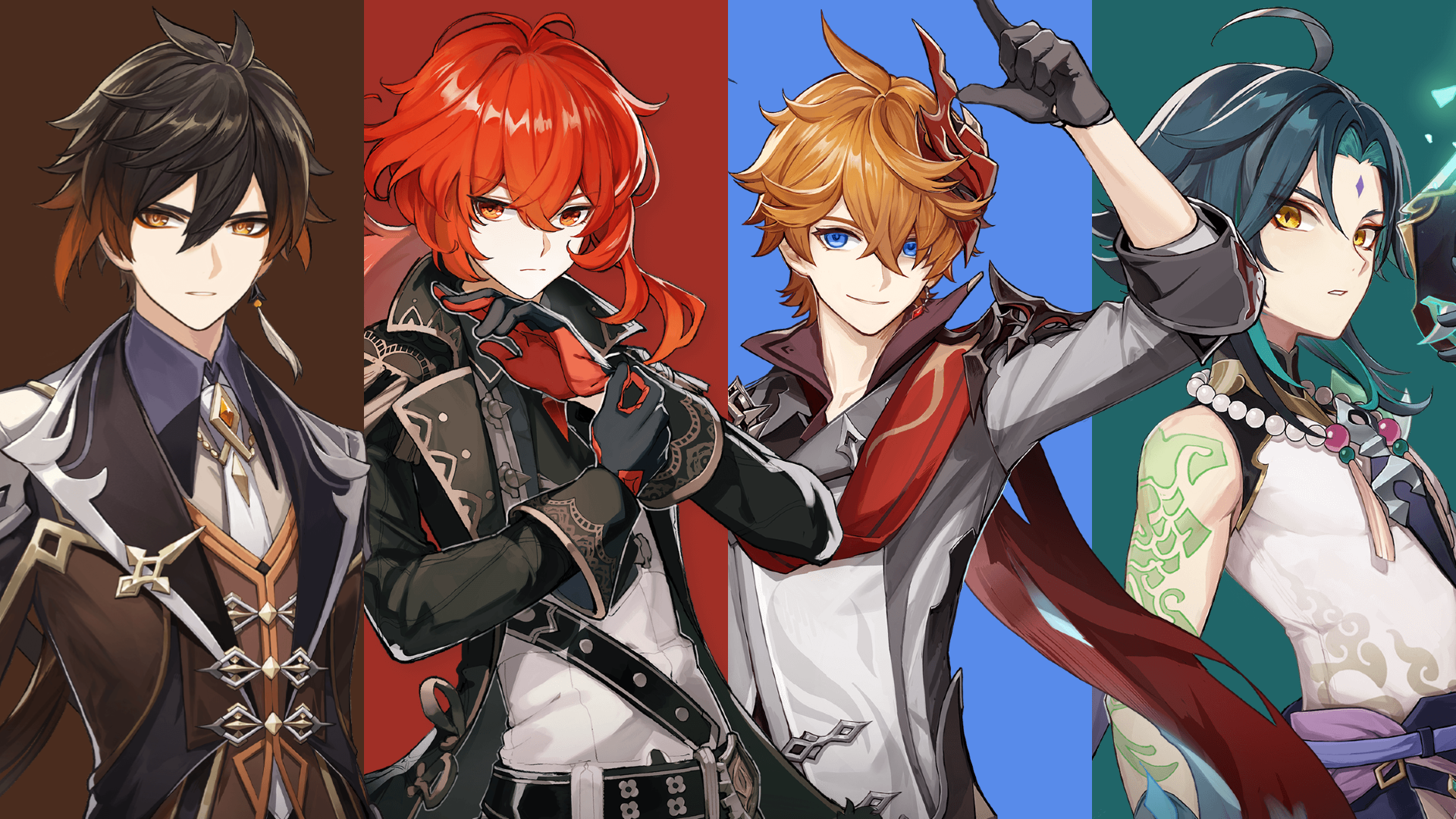 Now then, how can we miss out on the debate between best husbando (an otaku term for husband) and best waifu (an otaku term for wife) in the culture? It is a tradition to pick the best character that you have your eyes on and become your favorite one throughout the gameplay. It is worth mentioning that Genshin Impact is not an exception when it comes to diving deeply into a number of Anime and JRPG elements, especially their characters thanks to its over-the-top plot, unique characters, and amazing writing.

Long story short, Genshin Impact is practically the ‘Husbandos and Waifus’ of the Wild.

So what are you waiting for? Download Genshin Impact now, available for iOS, Android, and PS4!